Cannabis and CBD for Cancer

Cancer continued to be the second cause of death in north America and some parts of the world.  This is only second to heart diseases.  The word “cancer” is defined as the out of control (abnormal) growth of cells in certain part of the body.  Even though, huge amount of research is underway to find effective solutions to prevent and cure cancer, the rate of newly diagnosed patients is rising day by day continuously.

How Cannabis interacts with cancer treatment? 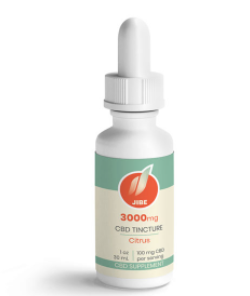 Cannabis has been investigated and used for tackling the symptoms associated with cancer and its treatments.  Some compounds in cannabis found to have anticancer properties and capable of killing, shutdown or control the development of cancer cells in human body.  These compounds are called phytocannabinoids.  In addition to that, cannabis possesses significant medicinal effects to manage cancer-treatment related side effects.  These valuable natural medicines will be a good choice to save people from preventable cancer related death and unnecessary suffering from side effects of treatments.

Uses of cannabis-based medicine like CBD to overcome side effects associated with cancer treatment is one of the main applications of medical cannabis with CBD to help alleviate cancer symptoms.  The medical community practicing cannabis medicine has a good understanding about the ways in which cannabis and CBD helps to treat these conditions.  Therefor, cannabis and CBD may be a good choice to use for managing the following side effects arise after therapeutic treatment.

Cancer pain is caused by physical damage from the tumor, nerve damage due to cancer, inflammation due to chemicals released by tumors or chemotherapy.  Therefore, this pain is a mixed type and becoming a challenge to treat.  Moderate to severe pain occurs with most patients, causing a decrease in quality of life.  Use of Opioids is the typical treatment to relief cancer pain.  However, some patients experience inadequate pain relief and some side effects, such as nausea and constipation.

Even thought, scientific studies about the use of cannabis and CBD for cancer pain in human trial is limited, large number of independently observed results show that cannabis treatment is effective without causing significant adverse side effects.  Most of these observations are based on THC dominated or THC+CBD combined cannabis consumer products or extracts like CBD gummies or CBD tinctures [1-4].

The antiemetic effect of cannabis is known for several decades after appearance of scientific publication at New England Journal of Medicine in 1975[5].  Following this observations, more scientific studies reveled that cannabinoid, such as THC can be used as an effective medicine to treat chemotherapy-induced nausea and vomiting.  These observations led FDA to approve THC based synthetic drugs for human application [6].  More recent scientific studies show that THC rich cannabis is a highly effective medication for treating chemotherapy induced vomiting and nausea in human [7-12].

It is common to see anorexia (lack or loss of appetite) and significant weight loss associated with cancer and also after its treatment.  This situation makes the patient’s body extremely weak due to low calorie intake.  Some synthetic medications (synthetic hormones that increase appetite) are available to treat the situation.  Over the past few decades, scientist have shown that cannabinoids and cannabinoid receptors play an important role in the desire for food.

Several clinical Investigations have shown that, improvement of appetite and gaining body weight and energy after using synthetic THC as medication on cancer patients following their therapy [13-19].  This observation shows that cannabis is useful and capable of improving appetite of cancer patients throughout their life.  Many cancer patients struggling with these issues claim that inhaled cannabis is extremely helpful for enhancing appetite, stabilizing weight, and enjoying their meals rather than fearing them but also CBD has been effective as well.

A large number of anecdotal reports show that cancer patients using concentrated cannabis oil specially containing THC, CBD and some other cannabinoids, effectively resulting in complete resolution of their cancers.

Furthermore, some studies show that phytocannabinoids can work synergistically with certain chemotherapies and radiation to enhance their anticancer effect [21].  Due to cannabis being classified as control substances, clinical research of cannabis with human trials has been prohibited for several decades.  Therefore, scientific clinical results regarding anticancer properties of cannabis on human are not available.  Scientific evidence for anticancer effect of cannabis has been reported for several type of cancers using animal models.  These studies have reported that cannabis chemicals have effective anticancer properties on breast cancer, colorectal cancer, lung cancer, pancreatic cancer, prostate cancer, skin cancer, glioblastoma multiforme, melanoma, neuroblastoma, and leukemia [22-31].  However, these observations must be tested with human clinical trials.

Despite the lack of human clinical trials, many desperate cancer patients are using cannabis to not only treat their symptoms but also directly treat their cancers.

Cannabis has been used for tackling the symptoms associated with cancer and its treatments.  Some phytocannabinoid compounds in cannabis found to have anti cancer properties and capable of killing, shutdown or control the development of cancer cells.  In addition to that, cannabis possesses significant medicinal effects to manage cancer treatment related side effects, such as pain, chemotherapy-induced vomiting, nausea, anorexia and significant weight loss.  Therefore, these valuable natural medicines will be a choice to save people from preventable cancer related death and unnecessary suffering from side effects of treatments.

[11] E. Meiri et al., Efficacy of Dronabinol Alone and in Combination with Ondansetron Versus Ondansetron Alone for Delayed Chemotherapy-Induced Nausea and omitting, Current Medical Research and Opinion, 23, No 3, 533-543 (2007)

[12] National Academies of Sciences, Engineering, and Medicine, The Health Effects of Cannabis and Cannabinoids: The Current State of Evidence and Recommendations for Research, Washington, DC, National Academic Press, (2017)

[21] K. A. Scott et al., The Combination of Cannabidiol and Delta-9-Tetrahydrocannabinol Enhances the Anticancer Effects of Radiation in an Orthotopic Murine Glioma Model, Molecular Cancer Therapeutics, 13, No 21, 2955-2967 (2014) 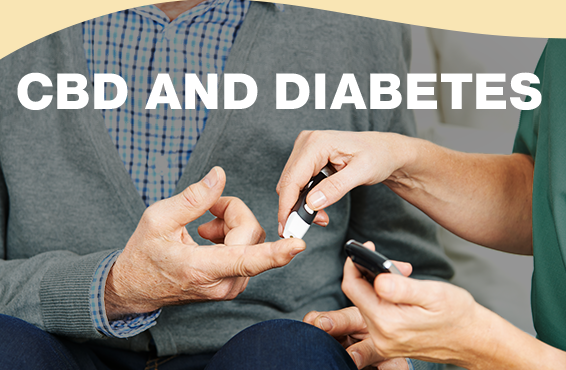 Glucose is vital to your health because it’s an important source of energy for the cells that make up your muscles and tissues. It’s also your brain’s main source of fuel.

You may have heard about using CBD to help treat diabetes. Well, we have some good news!

Some studies support CBD having positive effects on the condition by:

What’s more, one study showed CBD kept chronic inflammation and neuropathic pain at bay, which tends to affect the hands and feet of people with diabetes.

If you don’t have this disease, then CBD may also act in a way to decrease the risk of getting diabetes by promoting ”good fat”. CBD oil can h 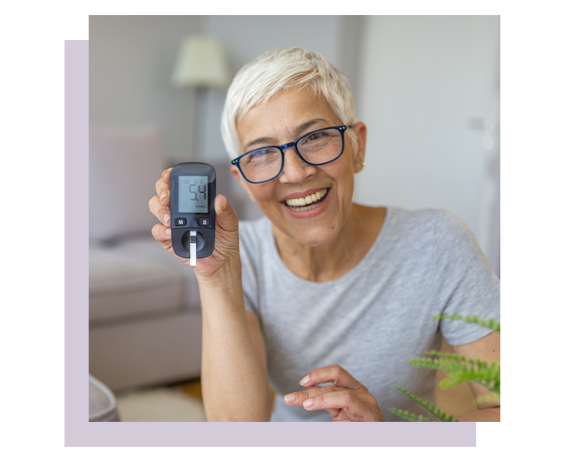 This can boost your body’s ability to use glucose.

On the other hand, most studies of CBD’s effects on diabetes have been in mice or rats.
This is a problem because laboratory conditions, differences between animals and humans, and other things can affect study results. Just because CBD works for them doesn’t mean it will work in humans.
Of course, it is best to simply try and see for yourself. Everyone is different, and these studies at least show that there might be a possibility for a positive change.
So if you want to start your CBD journey today, click the button below! 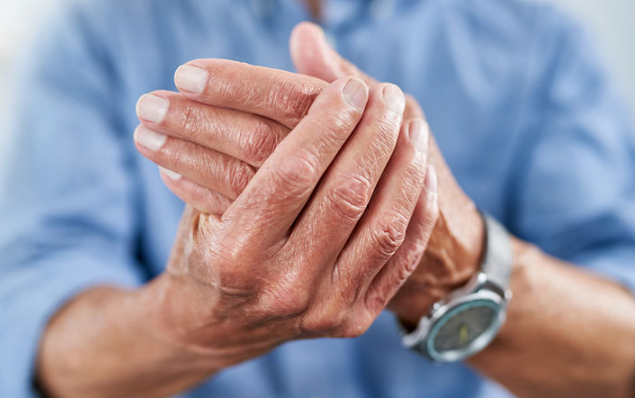 Arthritis is a general term that refers to inflammation of the joints.  Large fraction of the world population suffers from this debilitating and painful condition.  Arthritis may result from normal or occupational wear and tear or may be a result of autoimmune disorders.  The main symptoms of arthritis are joint pain and stiffness.  Degeneration and destruction of joints will occur over the period.

Many conventional medications are available as treatments.  However, these medications show some adverse side effects.  Especially, patients with diabetes, high blood pressure, heart failure and chronic kidney disease are not recommended to use these treatments.  This leaves those patients with very few options for treatment of arthritis.

Use of cannabis and CBD based medicine is a very effective treatment among most patients around the world to manage pain and inflammation with very few side effects.  Data from some surveys say that approximately 25% of medical cannabis or CBD are used by patients seeking relief from arthritis [1-2].

Numerous studies conducted during the last two decades clearly show that some cannabinoids possess anti-inflammatory effects, which can be beneficial in the treatment of arthritis.  These studies are mainly focused with animal models [3-7].  Unfortunately, there are no data on human trials on the benefits of cannabis for arthritis.  This may be due to the long-term prohibition of CBD based clinical research.  However, one human clinical research has been conducted using synthetic cannabinoid drug, Nabiximols (CBD:THC-1:1) on patients with rheumatoid arthritis.  This study shows that this synthetic mixture helps significantly to reduce pain and improve sleep quality of the patient [8].

Even with limited number of scientific studies about the use of cannabis for arthritis treatment on human, a large number of independently observed results show that cannabis treatment for arthritis is effective with significantly less side effects.  Most of these observations are based on THC and CBD dominated or THC+CBD combined cannabis, cannabis consumer products or extracts.  Almost every patient who uses medical cannabis claims having better pain relief and better sleep.  In addition to that similar claim were reported by patients use cannabinoid-based consumer products including THC, CBD, their corresponding acids and other phytocannabinoids.

Effectiveness of cannabis as arthritis medicine is always dependent on the way of use.  Cannabis can be inhaled (smoke or vaporize), sublingual use, ingested, or use as a topical product.  Each format has different benefits and drawbacks. But what is more interesting is the use and effectiveness of CBD in relation to arthritis.

Inhalation or sublingual use of THC rich cannabis products especially CBD helps to obtain quick action with the onset of sleep.  Ingestion of cannabis edibles often provides a long-lasting effect.  However, it can take about one to two hours to be effective.  Therefore, this medicine should be ingested at least few hours before the desired time.  In addition to that, all patients using cannabis based topicals to help with arthritis must experiment with different dose and times, to find their individual needs. That is where CBD comes in.

CBD is widely used as a medication for arthritis by both recreational and medical cannabis users.  Numerous individual observations on the effect of cannabis and cannabinoids for arthritis have been reported.  Pain relieving and sleep promoting effects of synthetic cannabinoid-based drugs on human have also been reported.  All these information tell us that cannabis and some cannabinoids possess anti-inflammatory effects, which can be beneficial in the treatment of arthritis.  Therefore, these valuable natural medicines will be a choice to use as effective treatment to save people from arthritis related unnecessary suffering.

[8] D. R. Blake et al., Preliminary Assessment of the Efficacy, Tolerability, and Safety of a Cannabis-Based Medicine (Sativex) in the Treatment of Pain Caused by Rheumatoid Arthritis, Rheumatology, 45, No 1, 50-52 (2006)