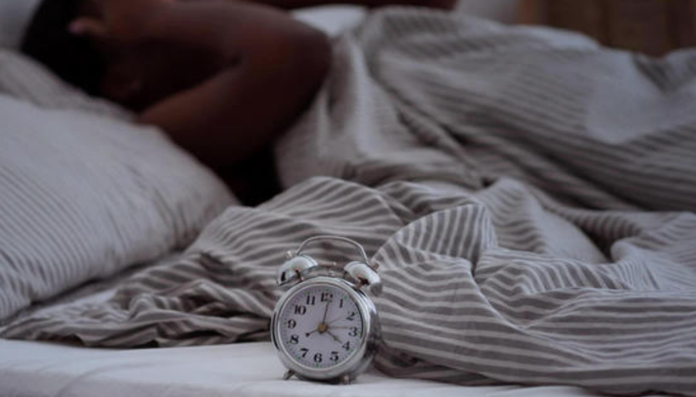 Conditions such as, anxiety, depression, poor memory, increased risk of accidents, anger, and increased risk of cardiovascular diseases are augmented with poor sleep.  The hypnotics group medications are typically use as sleep aids and available either as over-the-counter drugs or prescribed medications.

These medications are well-known to create unwanted side effects.  In addition to that, research shows that taking hypnotics has three-fold increased risk of death as well as cancer [2-3].  Therefore, people are searching for effective natural medicine, such as cannabis to tackle this situation.

Do cannabis and cannabinoids help for sleep?

Cannabis is widely used as a sleep aid by both recreational and medical cannabis users.  However, not everyone wants to use cannabis to get high to sleep. In comes in CBD which has no psychoactive properties to help you get a good night’s sleep.  Numerous studies on the effect of cannabinoids for sleep has been reported.  However, most of these studies are mainly based on individual observations and not been conducted as proper clinical evaluations.  Also, it is difficult to draw any useful conclusions since some findings from these studies are quite conflicting.

How does CBD help for sleep?

CBD appears to improve sleep in certain cases.  Patients who use CBD for certain health conditions such as pain, multiple sclerosis (MS), and cancer claim that this helps them to fall sleep faster with long, better-quality sleep without any disturbing wake up.

Some patients with post-traumatic stress disorder (PTSD), have reported that use of cannabis as medication and CBD, help them to prevent from nightmares and improve the quality of the sleep. In addition to that, some studies have shown that cannabis and CBD reduces the frequency and intensity of nightmares [4].

In addition, CBD can serve multiple purposes, especially replacing both pain and sleep medication.  Some patients who use CBD as medication for pain, chronic illness, anxiety, and other conditions as primary application are claiming that they have quick onset of sleep and are able to stay sleep through out the night [5].

How does synthetic or isolated cannabinoid help for sleep?

Some studies conducted with synthetic cannabinoid drugs such as Nabiximol, and Sativex have shown a significant and positive impact on sleep [6]. Even though, these studies were conducted for another condition and not directly focusing to measure quality of sleep, they provide a positive indication about the effect of cannabinoids on better-quality of sleep.

CBN also has been promoted as a sleep aid, but no studies support this claim. However, a study reported that CBN enhanced the effect of sedation caused by THC [7]. Despite the finding from studies, products containing higher amounts of CBN are gaining popularity for treating insomnia.

Low dose of CBD appears to promote alertness and higher dose shows sedating effect on some people [5]. This effect seems to vary from person to person.

Does CBD help for sleep apnea?

Sleep apnea is a disorder in which breathing is repeatedly interrupted during sleep, leaving the affected individual tired in daytime. A study on animal model shows that endocannabinoids can suppress sleep apnea [8]. In addition to that, studies carried on human models using synthetic cannabinoid, dronabinol has shown that this compound has the ability to reduce sleep apnea with some side effects.  This may be due to the use of synthetic cannabinoids. However, clinical studies using natural cannabis products like CBD have shown that they effectively reduce sleep apnea and do not show similar side effects [9-10].

How does CBD work in the body as a sleep aid?

Sleep promoting effects of cannabis are due to interaction of cannabinoids with cannabinoid receptors in the brain. When this interaction occurs, they signal to increase the adenosine level and suppress the brain’s arousal system.  Collectively, these effects may help the user to feel sedation or sleepiness.

Which cannabis is best for sleep?

Sativa strains commonly produce a feeling of euphoria and a head-focused high when consumed.  People tend to use sativa to boost energy levels, creativity, and divergent thinking.  Therefore, sativa strains are not the first choice for medical applications, unless dealing with specific medical conditions.

Due to its relaxing effects, indica strains may be considered the best cannabis to use as sleep aid [11].  However, individuals who use cannabis to avoid nightmares may prefer sativa strains [12].

How to use cannabis as sleep aid?

Effectiveness of cannabis medicine as sleep aid is always dependent on the way of use.  Cannabis can be inhaled (smoke or vaporize), ingested, or use as a sublingual product.  Each format has different benefits and drawbacks.

Inhalation or sublingual use of THC rich cannabis products helps with the onset of sleep.  Ingestion of cannabis edibles often will prevent waking up in the middle of night due to their long-lasting effect.  However, it can take about one to two hours to be effective.  Therefore, this medicine should be ingested at least few hours before the desired bedtime.  In addition to that, all patients using cannabis to help with sleep must experiment with different dose and administrative methods, to find their individual needs.

[4] G. A. Fraser, The Use of a Synthetic Cannabinoid in the Management of Treatment Resistant Nightmares in Post Traumatic Stress Disorder (PTSD), CNS Neuroscience and Therapeutics, No 15, 84-88 (2009)